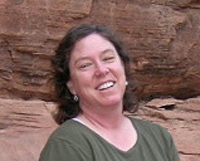 I have a graduate certificate in College Counseling from the University of California, Los Angeles, and did college counseling for three years with students from the Fairfax Math Circle before launching a private practice in 2012. I am interested in helping students who are intelligent, curious, and adventurous find educational and work experiences that help them further their goals.

My husband Mark and I are the parents of two boys. David, 30, graduated with the class of 2014 at MIT in physics and electrical engineering, and is currently in the PhD program in physics at Harvard working on building the quantum internet! Matt, 24, works for a mobile game design studio after graduating in 2018 from the School of Cinematic Arts at the University of Southern California with degrees in Interactive Media and Computer Science. As a mother, I know what parents are experiencing.

My ideas about mentoring come from a cross-fertilization of promoting teamwork as a scientist and as a rugby coach, my experiences parenting, my training as a college counselor, my experiences counseling students, and extensive research and study.

I am trained as a scientist, with a S.B. from MIT and a Ph.D. in Earth Science (geophysics) from the University of California, Santa Cruz in 1987. On the Research Staff at Columbia University and Stanford from 1987-1993, I served as chief scientist on the RV Moana Wave and HMS Charles Darwin mapping the Caribbean seafloor. I published under my maiden name, Nancy Breen. 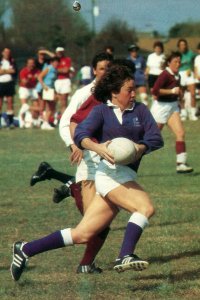 In college I began a long career playing and coaching rugby, the ultimate team sport. I coached MIT women’s rugby, UCSC, Stanford University, the Northern California women’s all-star side, and Berkeley during the years 1979-1993. I played for the US Women’s National team in 1989.

I am a professional member of Independent Educational Consultants Association (IECA)